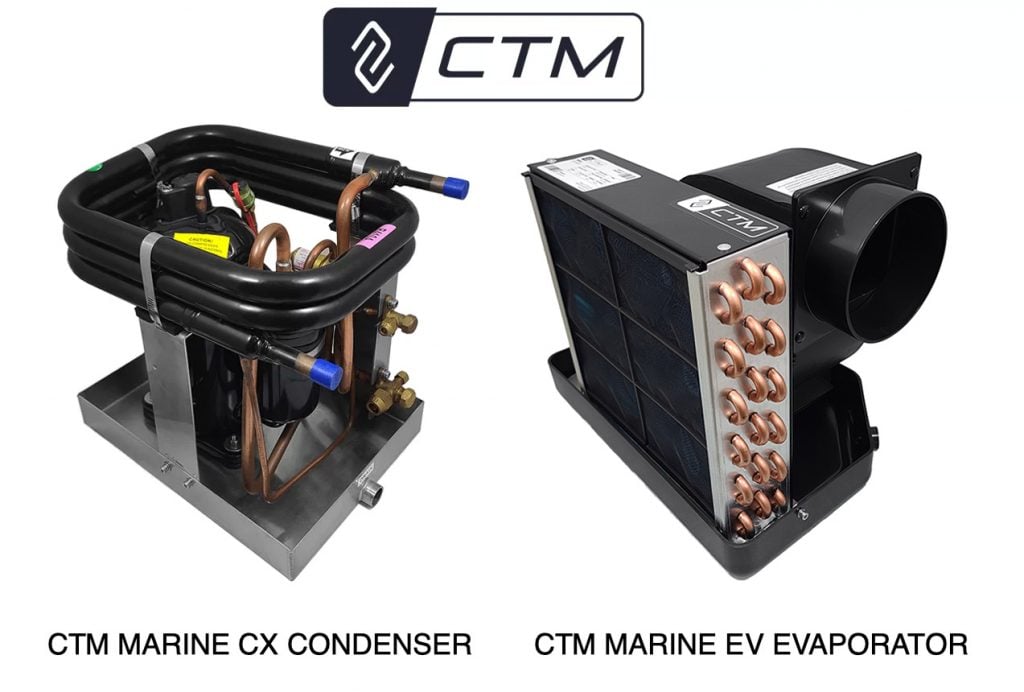 CTM Marine has taken 10+ years of experience selling marine air conditioners, combined with feedback received from customers on their units over the years, and has produced the all-new, CTM CX & CTM EV split gas marine air conditioning system, superior to anything available on the market.

CTM Marine has not only built on the efficiency and performance of other top units on the market, but has created a more durable, longer-lasting split system, designed to withstand the harshest of marine environments. CTM’s CX and EV units – much like their CT units – are also fully compatible with controls and thermostats from major marine A/C brands, and can be easily installed yourself, making them the perfect drop-in replacements for other popular units on the market.

Differences Between a Split Gas Marine AC System and Self-Contained Marine Air Conditioners – When to Use, and Advantages of Each

Self-contained marine air conditioners have all the major AC components – condenser, evaporator and fan – mounted on a single chassis, and the unit is generally installed in the area it will be cooled, under a bunk or locker. These units are the most popular for recreational vessels up to 40’ and can range from 5,000 – 30,000 BTU.

Split marine air conditioning systems work similar to your home AC, with all of the major components split between two units installed in different locations and connected by insulated tubing through which the refrigerant travels.

The condensing unit, consisting of a compressor, seawater condenser, and electrical components, is generally mounted in the engine room or other mechanical space. The evaporating unit includes the evaporator coil and a blower and is installed in the living area.

Advantages: You can fit more than one air handler to one condensing unit, allowing you to cool more than one room or a large area. A split system is also much quieter (only the sound of the blower) and less room is required because the compressor is not in the living space.

The Highest Quality, Marine-Ready Materials Available Have Been Chosen for the CTM Split Marine A/C System

While other major brands’ marine A/C units use copper circulating coils, which are prone to corrosion, the CTM Split System’s CX Condensing is the first and only split gas marine air conditioning unit on the market using titanium circulating coils. Titanium has a low density and high strength-to-weight ratio, and exceptional erosion / corrosion resistance, making it the perfect material for a marine a/c unit.

To further eliminate any detrimental effects of the seawater on the CTM split gas system, it brings a stainless steel base, bolts and a stainless steel pan frame with ABS tray, all highly corrosion-resistant materials. Top quality insulating for the blowers prevents condensation on the unit, keeping the unit dry and corrosion free all around.

Note: The CTM CX Condenser can also replace Dometic / Cruisair / Marine Air’s R & RX Condensing Units, but you will need to replace the evaporator being that they use R-417A or R-22 refrigerant, while the CTM CX unit uses R-410A.

Replacing an older marine split gas A/C system is as easy as can be with the all-new CTM CX & EV units. CTM split AC units are fully compatible with the major Dometic, Cruisair, Marine Air and Micro Air controls and thermostats.

All CTM Marine Air Conditioners’ sensors and control boards are made in the US under the strictest quality standards.

How Do CTM Marine Split A/C Systems Compare in Price to Other Brands? And What Warranty Do The Units Bring?

Even though the quality of CTM’s CX and EV Units are comparable to the top of the line condensers and evaporators from Dometic, it is being offered at a significantly lower price point while being introduced to the market. 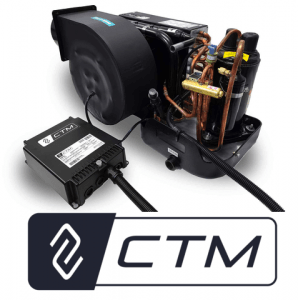 Questions or comments on CTM Marine Air Conditioners? Feel free to contact us here or leave in the comments section below!