Night boating – navigating and maneuvering your boat at night – can be quite scary without the proper marine navigational equipment. We hope that this FLIR Ocean Scout TK review will help better guide you.

A good radar is an excellent help, but being able to actually see out onto the waters, with your own vision… and make out whether what you’re approaching is a buoy, rock, vessel, island or just your imagination, is a much needed help.

Thanks to mass producing high-powered cameras for several different commercial & military applications, FLIR is able to produce thermal imaging technology at a fraction of the cost as other manufacturers (other handheld thermal imaging cameras can cost as much as $7,500), and provide products such as their FLIR Ocean Scout TK line of handheld infrared cameras for the everyday people like you and I.

With the FLIR Ocean Scout TK, 240 & 320, you can now have greater awareness and safety while boating at night, without the need to break the bank. More importantly, you will have no greater tool in finding an overboard person with no time wasted.

Hunters are also taking advantage of the thermal imaging of the Ocean Scout, picking up the heat signatures of deer and other onshore wildlife. 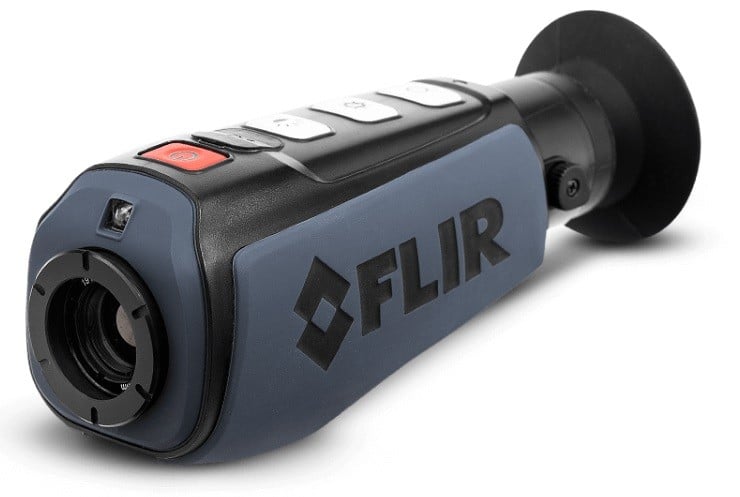 Thanks to a thermal imager known as a microbolometer, the Ocean Scout line of cameras creates images based on heat, not visible light.

All vessels, watercraft, buoys, and other obstacles give off heat and appear clearly through the LCD display of the Ocean Scout. Above you’ll see a buoy with seals on it, viewed at night from an Ocean Scout TK.

The infrared technology not only improves awareness of surroundings in pitch darkness, but can also make out objects in blinding sun glare.

The Ocean Scout TK, 240 & 320 offer the tools you need to see clearly, steer confidently, and respond quickly in an emergency. The Ocean Scout can detect the body heat of anyone in the water, allowing you to quickly identify and rescue people or pets.

The IP-67 submersible, pocket-sized design fits right in the palm of your hand, and the intuitive 3-button design makes it a breeze to control.

The first difference you may find between the FLIR Ocean Scout models is the price.

With the amazingly affordable FLIR Ocean Scout TK, you can now get handheld infrared vision technology for under $600. The 240 goes for just under $2 thousand, and the 320 is in the $2,500 range.

The TK also has the exclusive features of multiple, selectable color palettes, including:

As well as the ability to record video, and store up to 1000 thermal snapshots.

The Ocean Scout 240 and 320 have higher-powered thermal imaging performance and longer range, with the 320 including a 2x zoom capability. 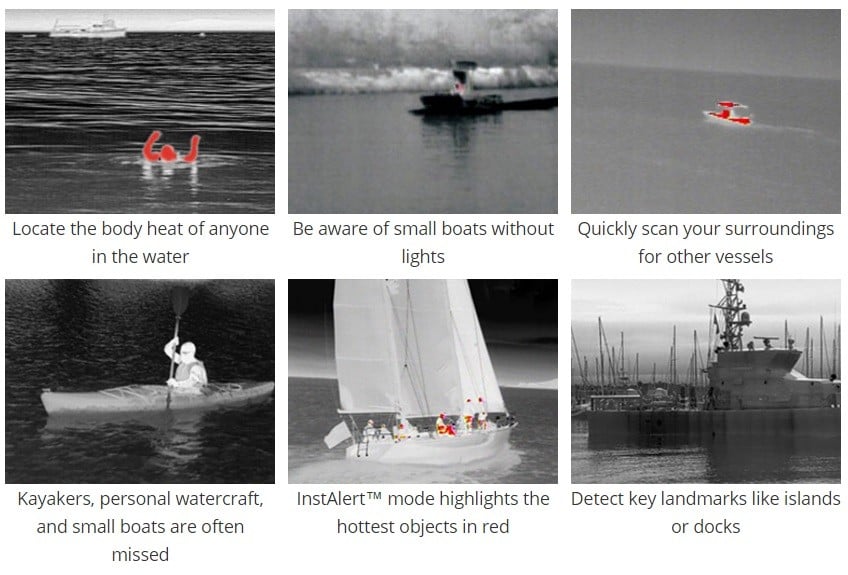 Free shipping on all orders over $99!