CTM has introduced their all new CT Self-Contained Marine Air Conditioners to the market, and a question we often get here is how do the CTM CT Units compare to Dometic’s DTG (previously known as Dometic DTU) Units and Webasto’s BlueCool S Series Units, two of the most popular self-contained marine air conditioners available.

Taking Dometic’s DTG16 (16,000 BTUs), Webasto’s S16 BlueCool S Series (16,000 BTUs) and comparing it to CTM’s CT-16 (16,000 BTUs) to compare sizes, all three units have a similar footprint, with the BlueCool S16 just slightly larger in each dimension than the other two units, and the CTM significantly smaller in width than the rest. All three units weigh approximately the same, with the CTM weighing just slightly less than the others. Here are the dimensions and weights of each: 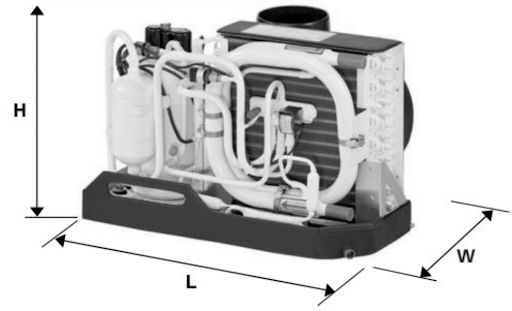 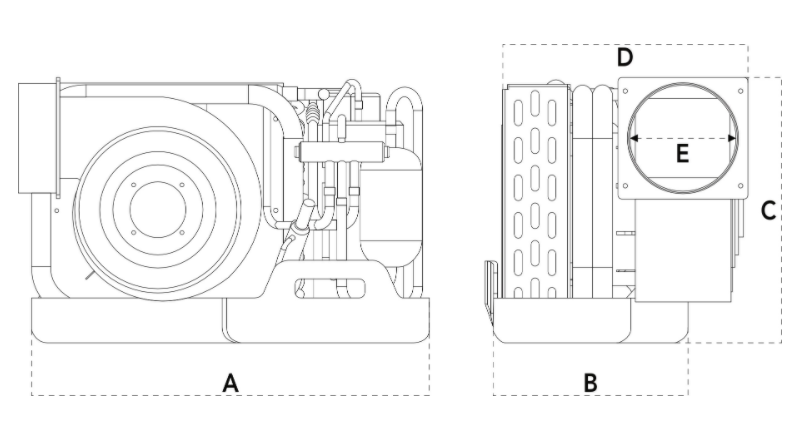 All three units run off of environmentally-friendly, energy-efficient R410A refrigerant.

Comparison of Materials and Design Features

All three units — the Dometic DTG, Webasto BlueCool S Series and the CTM CT — have durable construction, and are ready for marine-use. The DTG brings a rust-free composite drain pan, while the CTM and Webasto units bring stainless steel structural pans (CTM with ABS tray; used in heavy industrial applications, ABS is extremely resistant to corrosion, weathering and erosion, as well as aqueous acids, alkalis, alcohols and oils).

Webasto BlueCool units are epoxy-painted for corrosion protection, while the CTM CT Unit uses corrosion-resistant titanium coils. DTG units use copper coils which are prone to corrosion. As to the benefits of using titanium coils:

“Titanium resists corrosion by seawater to temperatures as high as 500°F (260°C). Titanium tubing, exposed for 16 years to polluted seawater in a surface condenser, was slightly discolored but showed no evidence of corrosion.(8) Titanium has provided over thirty years of trouble-free seawater service for the chemical, oil refining and desalination industries. Exposure of titanium for many years to depths of over a mile below the ocean surface has not produced any measurable corrosion(9)”

Differences in Design and Cooling Efficiency 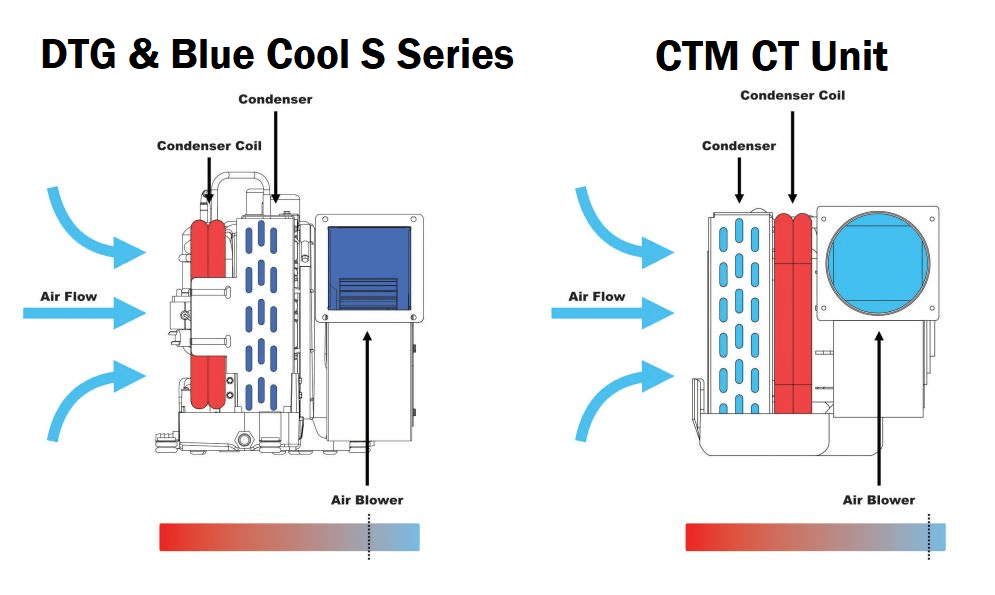 The CTM unit has an advantage over the other units in design and cooling-efficiency. On Dometic DTG and Webasto BlueCool units, air flows through the hot condensing coils before being cooled down by the condenser, and it is then blown out through the fan — which can cost efficiency. On the CTM CT Unit, room temperature is cooled by the condensing unit and the cool air is pushed through the blower’s tunnel without being affected by the heat of the coils, where it is then blown out by the fan, making the CTM unit more efficient on BTUs. 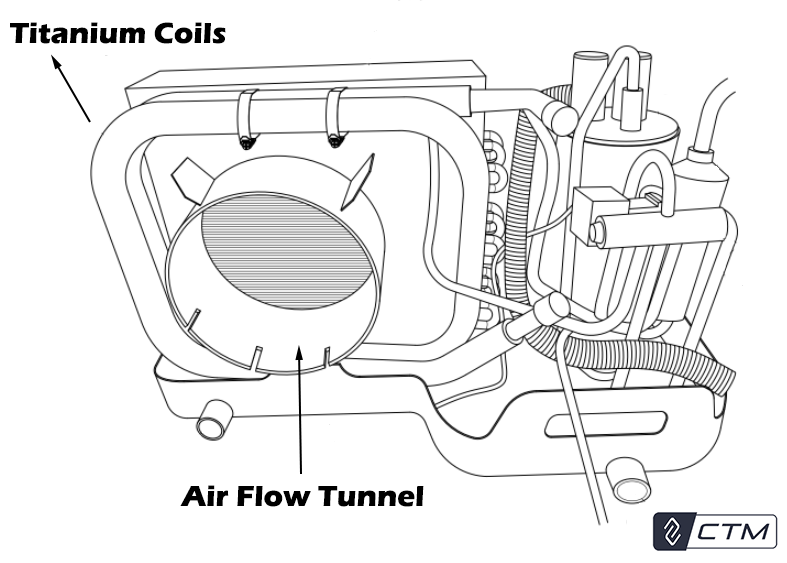 Both the DTG and CTM CT Units consume approximately the same amperage during startup and use, with the Webasto Bluecool S Series consuming more upon startup, and a slightly wider range of current consumption cooling reported. All three are available in 115V and 230V voltages and 50/60 Hz frequencies. See comparisons of available energy-use info on all three 16,000 BTU models below.

The Dometic DTG can be purchased from one of Dometic’s authorized dealers on their dealer list, available on Dometic’s website. Internet retailers are not authorized to sell the DTG online.