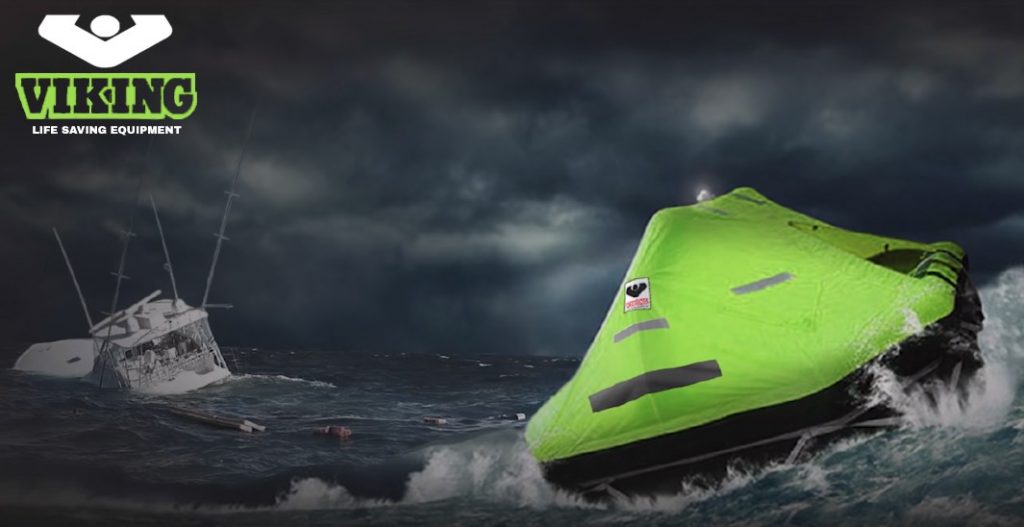 Those in the know choose Viking Life Rafts.

When it comes to life rafts, you need to count on a solid reputation, extensive testing from the manufacturer and third party agencies, and known rescue situations where the liferaft has deployed quickly, fully and properly to save lives as intended.

Thankfully, Viking Life Rafts check off all of these boxes.

With Bureau Veritas (BV) and DNV GL approval, you have the approval of the top two independent international maritime testing, inspection and certification agencies for every Viking Life Raft purchased. The Viking name has been present in the survival gear industry for over half a century now, starting out more than 58 years ago providing support to fishermen in coastal towns of Denmark, since then growing into one of the largest survival gear companies in the world.

Some Facts About Viking Life-Saving Equipment: 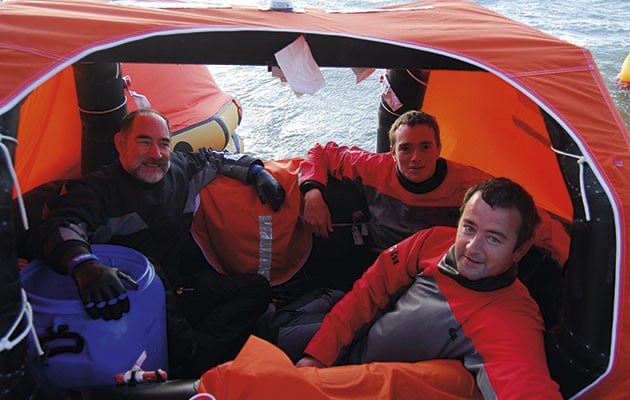 Practical Sailor has a well-known six-man life raft test that is often referred to. In the test, they deployed and occupied 8 different life rafts from the following brands: Elliot, Switlik, DSB, Viking, Winslow, Zodiac

Bottom Line: ​Details like the single arch put this raft a notch below the more expensive life rafts in our group, but the RescYou performed well and has a good overall structure. When you roll pricing and product quality into the equation, this Viking looks very appealing.

Here are points on what was found on the Viking RescYou Pro:

Bottom Line: ​Price and solid construction qualify the Viking RescYou Pro as a good buy in the ISAF/ISO category. 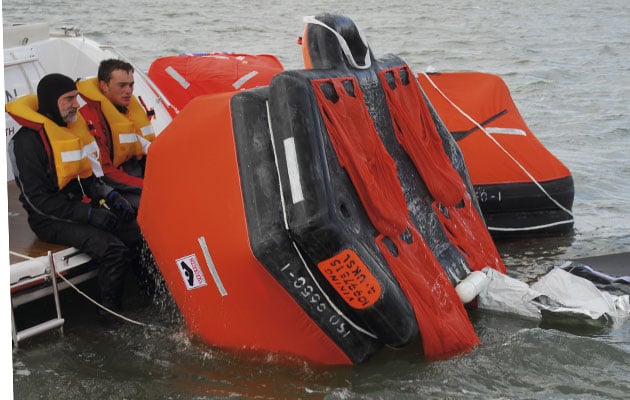 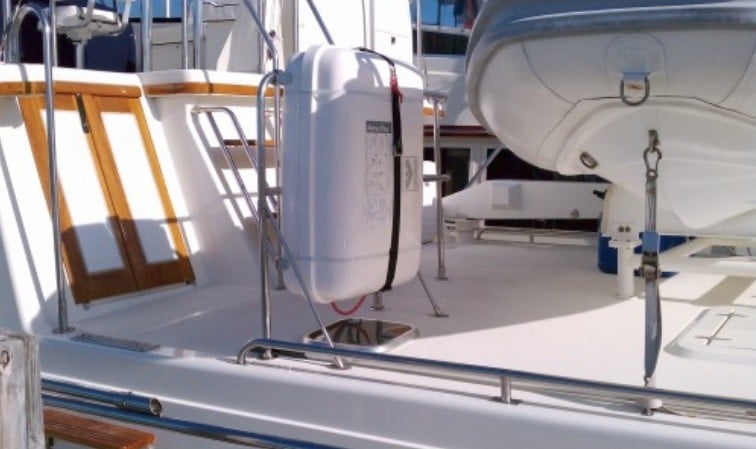 When it comes to life rafts, it’s always nice to hear from boaters who actually have experience with the product or company. Perusing boating forums, you can come across a lot of great feedback on Viking.

“If you do any offshore fishing here in the northeast. Get the Viking Offshore. Hopefully you will never need it, but if you do, you will be well prepared. Good luck.”

“I have been looking/researching for a while an I would prefer the Viking 6 man coastal over the Revere.

“We put in some serious time at the boat show researching life rafts. After all, A life raft is a lot of money to spend for something you most likely (and hopefully) will never have to use. Let’s face it though…..the money you save by not buying a life raft is NOT going to be spent when you’re dead, floating 50 miles offshore with a free ticket to Japan. With that said, you better buy the liferaft that meets YOUR requirements and will get the job done if necessary.

IN THE EVENT you do have to use it, you better have your ducks in a row, your ass kickin’ shoes on, AND KNOW HOW TO OPERATE THE LIFE RAFT. And you should know the ins and outs of the liferaft and the important features that will save your life.

I am no expert, but I did put my time in researching these rafts before and at the show. This is my opinion so take it for what it’s worth. Maybe this criteria will help you choose a liferaft….

We looked at life rafts from the following companies:

We graded the life rafts on the following points (in no particular order):

The Viking RESC YOU 6 person life raft won the contest based on what we considered.”

“We’ve looked at different liferaft manufacturers for our old and new boats. The two we considered the top of the range were Viking and Winslow. Both of them have very good design, have double/inflatable floor, very well thought out, good access from water, multiple chambers, and the only real difference would be that Vikings are self-rightable and Winslows are not (you have to pull on a line to set it right way up, but it’s very easy). Vikings are used by CG and commercial vessels.”

“A liferaft service point owner claimed Viking and Switlik best. They were not selling any so I would believe they were telling their truth.”

“My opinion? If I were going around the world this year I would pick this (6 person, hard case, self righting, inflatable boarding ramp): Viking RescYou PRO ISO/ISAF Life Raft

If it did not fit in the Oceanus 45 designated spot, I would mount it on the stern in a special cradle with a quick release and a safety knife mounted nearby or on the case.”

“I like the Viking RescYou Pro liferaft – I have the 6 man canister version. I like them because they are sturdy, self righting in the event they inflate upside down, which removes 1 issue & makes it more likely I could get into the liferaft while still dry. They also have a small inflatable boarding platform to help get into it from the water if necessary, & an inflatable floor for insulation. Not cheap, but a good long lasting package. You can only do the best you can.

They are a global company. I’m just a satisfied customer. Their service network is pretty good, too. Hope that helps. & hope you never need to use it for real…!”

“Quality is expensive in something like this because of the expensive materials and labor intensive manufacturing. I might in your place suck it up and go with something really good like a Viking.”

Viking – The Name For The Job 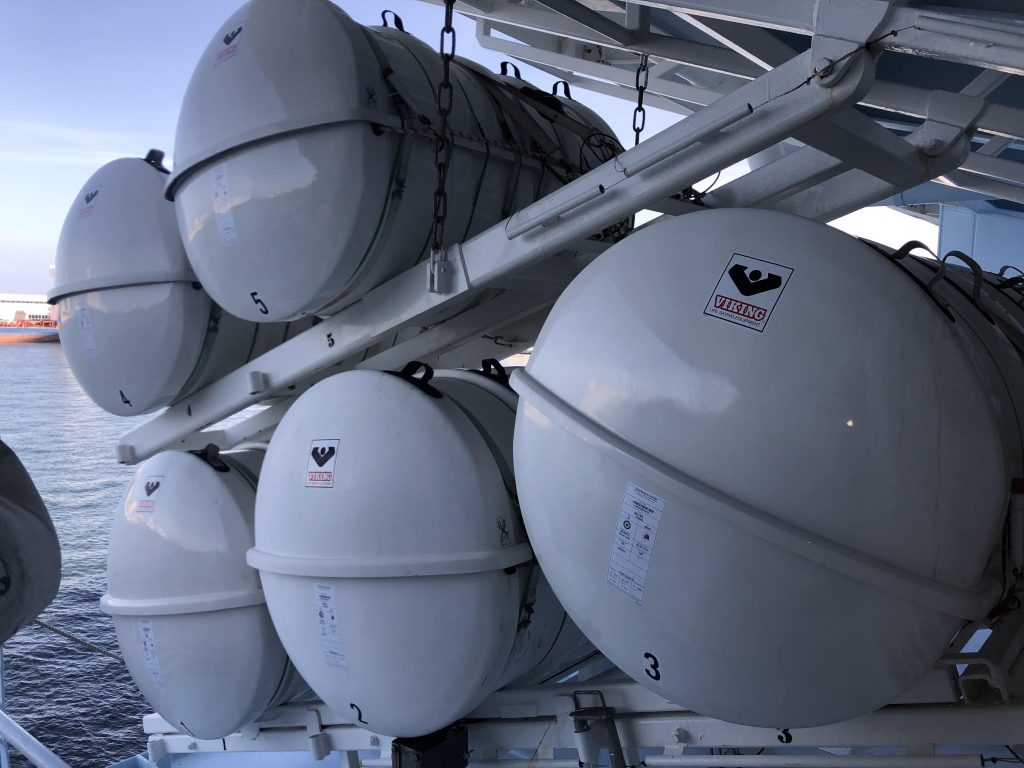 Best case scenario, you will never need to use your Viking Life Raft. Not cheap, but God forbid if you ever need to use it, it will be the best money ever spent. When it comes to the safety and lives of family, friends or employees onboard, you do not want to cut corners.

And with it’s reputation, continued use among top governmental and commercial agencies, and approval by top maritime certification agencies, rest assured that Viking is the name to handle the job.

If in the market for a liferaft, we carry the complete line of Viking Liferafts, here… For larger commercial models not listed on our site, just drop us a line. Find your life raft for sale, here.

Any questions you may have, just let us know!

About the Company – VIKING Life-Saving Equipment

At the heart of VIKING lies an important mission to protect and save human lives all over the world.