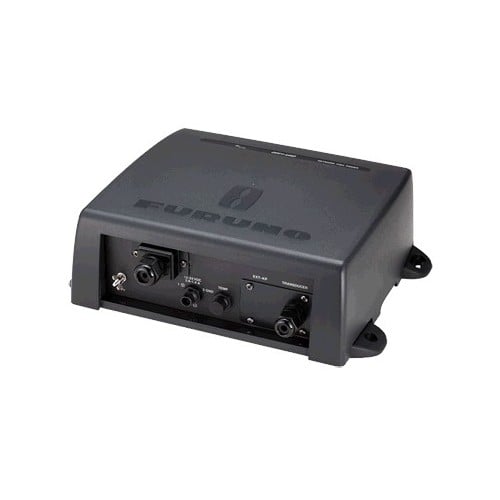 By buying this product you can collect up to 169 Citimarine points. Your cart will total 169 points that will be converted into a voucher of $16.90 towards your next purchase! Must be logged in to collect points.

For NavNet 3D and TZTouch Systems

Designed to operate over a wide range of frequencies utilizing a broadband transducer, the new DFF1-UHD TruEcho CHIRP-enabled network sounder for NavNet TZtouch and NavNet 3D delivers significant advancements in signal clarity and target definition. The clear presentation of the DFF1-UHD marks individual game fish and bait fish, even when tightly schooled together or very near the sea floor.

Standard, non-CHIRP Fish Finders operate at one or two individual frequencies and are generally capable of detecting targets and displaying them only within those narrow frequency bands. CHIRP Fish Finders transmit pulses across a wide range of frequencies, allowing Furuno’s superior digital signal processing (DSP) to display fish and structure targets with unparalleled clarity, accuracy and resolution.

With Furuno's TruEcho system, CHIRP is really just the beginning, as the DFF1-UHD delivers so much more! In addition to leveraging the latest CHIRP technology, the DFF1-UHD delivers two additional and distinct advantages over all other CHIRP Sounders on the market today. First is the inclusion of Furuno's exclusive Bottom Discrimination technology, which has quickly gained an excellent reputation in the marketplace, since it was incorporated into products like the FCV627, FCV587 and BBDS1. To further aid our customers, we've also included Furuno's ingenious Accu-Fish capability, which provides both fish size and depth information.