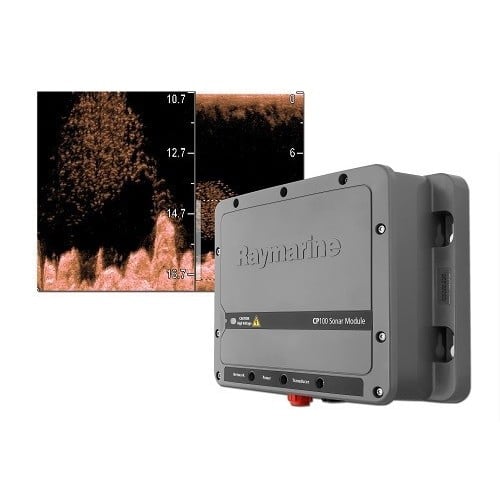 By buying this product you can collect up to 66 Citimarine points. Your cart will total 66 points that will be converted into a voucher of $6.60 towards your next purchase! Must be logged in to collect points. 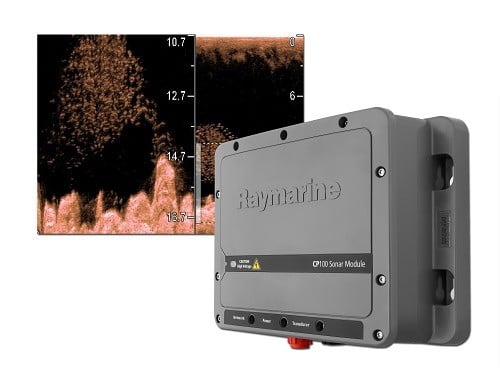 Unlike conventional imaging sonars that transmit on a single frequency with each pulse, the CP100's DownVision™ sonar uses CHIRP technology to transmit across a wide spectrum of sonar frequencies with each pulse ? the result is much higher-resolution, life-like sonar images.

CP100's fish targeting channel features amazing resolution enabling it to easily separate individual baitfish in a school, and distinguish the bait from predator species. Best of all, the CHIRP fish targeting can be viewed simultaneously with CHIRP DownVision™ for the ultimate view of what is underneath the water.

The ultra-compact CP100 CHIRP DownVision Sonar Module is compatible with all Raymarine a-Series, c-Series, e-Series and gS-Series multifunction displays. The CP100 is available bundled with the CPT-100 transom mount transducer. The CP100 Sonar module only (no transducer included) can be paired with optional plastic or bronze thru hull transducers.