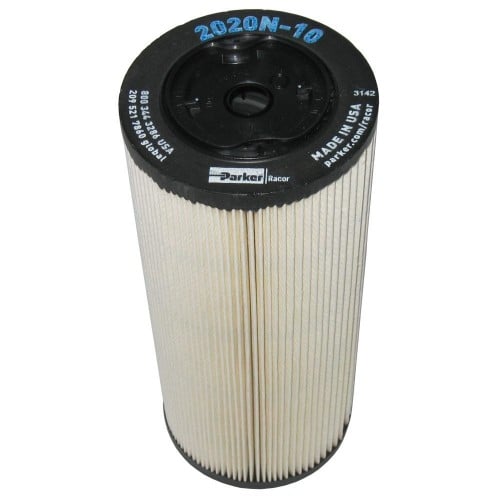 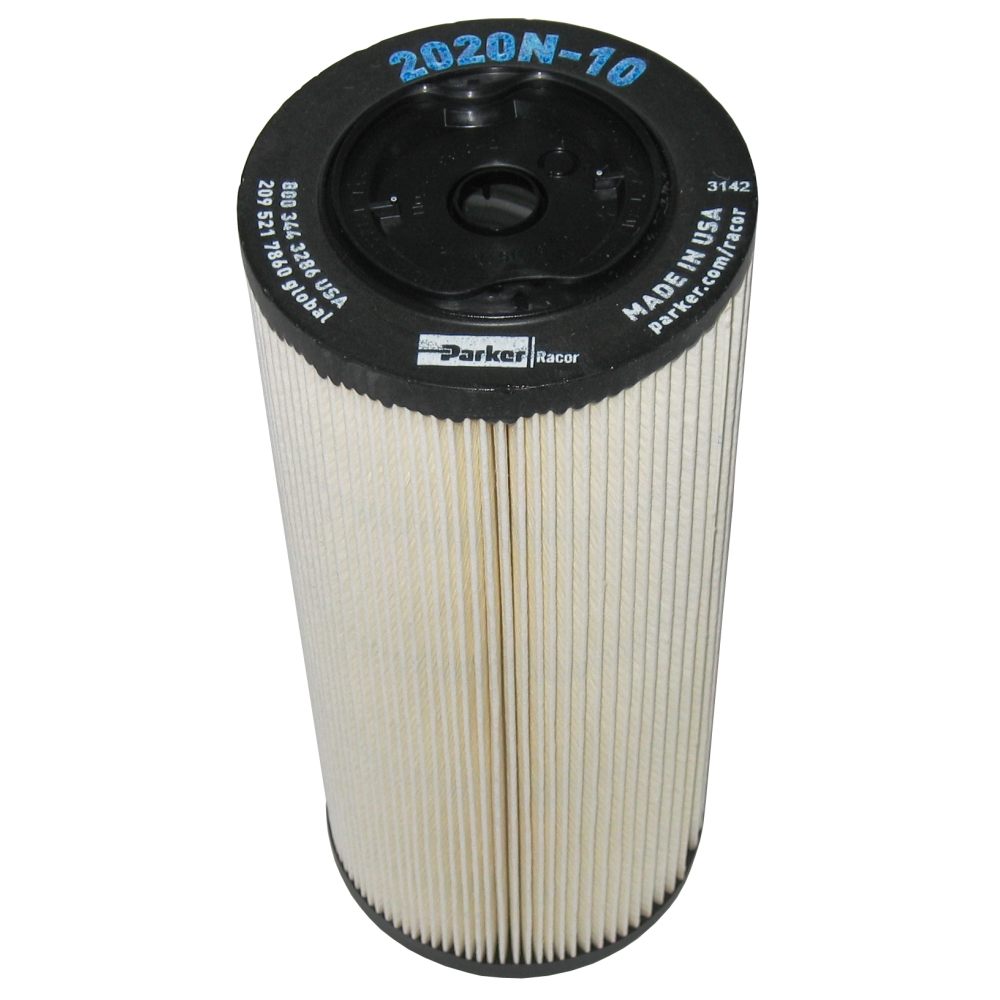 Diesel engine injector tolerances are measured in microns and the latest engines inject fuel at pressures over 30,000 psi (207 kpa). Under these conditions, the smallest particle of dirt or water can score and erode precision components; leading to damage to engines, operations, and profitability.

The Racor 2020N-10 / 10 Micron Replacement Filter Element has exceptional water removing efficiency for both bulk and emulsified water, low restriction of fuel flow and high dirt-holding capacity. The heart of the system is the three coalescing and filtration stages powered by the patented Aquabloc® filter element.

Stage 1 Separation: As fuel enters the filter assembly, it moves through the (stationary) turbine centrifuge and spins off large solids and water droplets which fall to the bottom of the collection bowl.

Stage 2 Coalescing: Small water droplets bead-up on the surface of the conical baffle and cartridge element. When heavy enough, they fall to the bottom of the collection bowl.

Stage 3 Filtration: Proprietary Aquabloc® cartridge elements repel water and remove solid contaminants from fuel at 98% efficiency of their micron rating. Water collecting on the surface of the element coalesces into larger drops that fall into the collection bowl.

Features and Benefits of the Racor 2020N-10 Micron Filter

• An integral bail handle makes change-outs easy.
• Racor’s toll-free number is shown on the end cap. It puts you in touch with Racor’s technical service staff who can answer any availability, application, or service question.
• Aquabloc® media is a blend of high-grade cellulose compounded with resins and a special chemical treatment.
• Genuine Racor Turbine Series are compatible with UL Approved Turbine Housings

Aquabloc® - The Inside History

• All diesel engines with a Turbine Series filtration system
• Marine, generator, construction, on highway, off highway